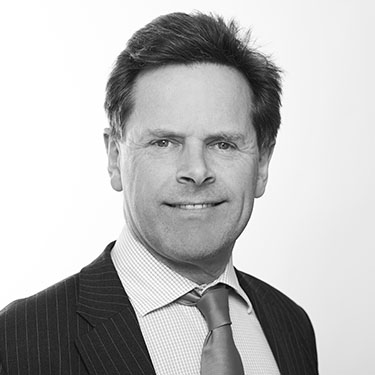 A financial practitioner whose practice has a particular emphasis on cases concerning maintenance disputes and the enforcement of financial orders. Smith is further well regarded for his well-established arbitration practice. Strengths: "He cuts through all the extraneous stuff to get to the meat of the problem and reach an outcome on the day." "A brilliant advocate, who is a perfect judge of a case."

Gavin Smith has nearly three decades’ experience as a specialist family law barrister, dealing with all types of financial remedy proceedings following relationship breakdown. In addition to his general practice, his main areas of expertise are: the international and domestic enforcement of maintenance orders (on which he has written widely); disputes concerning international jurisdiction and forum; financial applications for children under the Children Act 1989; drafting pre- and post-nuptial agreements, separation agreements and cohabitation agreements. He accepts Public Access instructions in suitable cases.

In parallel with his work as a barrister, Gavin has an established private dispute resolution practice as an arbitrator, private FDR judge and mediator. He was appointed a Deputy District Judge in March 2019 and has been authorised to sit in the Financial Remedies Courts in both the East and West Midlands zones, where he has been ‘ticketed’ to hear the more complex cases.

Gavin is described by Chambers and Partners as ‘well regarded for his well-established arbitration practice.’ He qualified as a family arbitrator at the outset of the IFLA family arbitration scheme in 2012. His arbitrations range from full final hearings, at which the parties are represented by counsel, to adjudications made on the basis of written evidence and submissions alone. He is co-founder of the award-winning website FamilyArbitrator.com.

Gavin was the arbitrator in three of the five cases involving the IFLA scheme to have been reported to date. In the landmark case of S v S [2014] EWHC 7 (Fam), Sir James Munby, the then President of the Family Division, endorsed the principles of the scheme and gave important guidance on how judges should deal with applications for court consent orders based on arbitration awards. After that arbitration one of the solicitors involved wrote “We agreed upon Gavin Smith as someone whose judgment and technical knowhow would deliver on [the] goals and whose personal skills would make it as benign an experience as possible.” (Resolution Review, March/April 2014).

In DB v DLJ [2016] EWHC 324 (Fam) Mostyn J rejected a challenge to Gavin’s award based on a supervening Barder event and / or mistake as to the value of a property. Mostyn J described the award as “a thorough, conscientious and clear piece of work. Its quality is a testament to the merit of opting for arbitration.”

In BC v BG [2019] EWFC 7, Deputy High Court Judge Clare Ambrose referred to Gavin as "a very experienced and respected family arbitrator" and stated: "He approached the parties’ dispute with great care, investigating the facts in an even-handed manner and applying the law with expertise, taking the same approach that a judge would have taken if the matter had gone to trial."

Gavin is available to undertake arbitrations of all kinds, from single issue disputes to those involving the full range of financial remedy claims, and from high value cases to ones where the parties’ resources are very modest. Details of his availability and fees may be obtained from his clerk James Collier at james@1hc.com.

Gavin is an experienced private FDR judge and has an established mediation practice. He is also a qualified collaborative lawyer. Gavin keeps up to date with legal change by co-editing the financial practitioners’ ‘bibles’, At A Glance and @eGlance, and co-authoring the Financial Remedies Practice (published annually). He has an excellent working knowledge of French and some German.

"He's completely amazing on the detail of  a case, and his knowledge of the law is second to none."