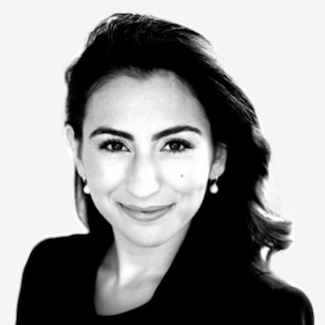 "Gives clear, confident advice to clients and makes them feel at ease. She has the ability to think on her feet."

Lily’s practice covers all aspects of private family law, in particular the financial and international elements.

Lily is known for her specialism in technical financial remedy issues, including those with offshore trust and jurisdiction complications.

As a former investment banker in the UK M&A team at Merrill lynch in London where she worked on the £12bn acquisition of HBOS by Lloyds, Lily brings a commercial edge to her financial cases.

As a fluent French speaker owing to her formative years at the French Lycée in London with practical experience of French family law following time spent at CBBC Avocats in Paris, Lily is adept in cases with an Anglo-French element.

Lily is also highly sought-after in cases involving fine art collections due to her in-depth knowledge of the international art market. She completed the Diploma of Art Profession Law and Ethics at the Institute of Art and Law with Distinction.

Lily is also recognised as an outstanding professional outside of the legal directories. In 2016, she was named as one of Management Today’s “35 women under 35” which was featured in the Sunday Times on the first weekend of July and in Management Today’s July-August issue.

Lily has appeared in cases in county courts across the country, in the High Court and in the Court of Appeal, her reported cases include:

SC v TC [2022] EWFC 67 (before HHJ Hess) where she successfully set-aside a post-nuptial agreement on the grounds of undue influence and failure to meet needs on behalf of a vulnerable client who had lost litigation capacity during the proceedings.

AG v VG [2020] EWHC 1847 (Fam) (High Court), led by Deborah Bangay QC, defending the Wife in the Husband’s application for disclosure of her previous solicitors files on the grounds that she had waived legal professional privilege in her pleadings.

Quan v Bray and Others [2017] EWCA Civ 405 (Court of Appeal), led by Richard Todd QC in the Wife’s appeal of the first instance decision.

Quan v Bray and others [2015] EWCA Civ 1253 (Court of Appeal), led by Richard Todd QC in the Wife's successful application for permission to appeal.

Quan v Bray and others [2014] EWCA 3340 (Fam) (High Court), led by Richard Todd QC, a four-week preliminary issue hearing concerning whether an offshore trust is post-nuptial settlement and/or a resource pursuant to the Thomas v Thomas line of cases.

B v B [2014] EWHC 4857 (Fam) (High Court), without a leader, in a two day contested jurisdiction dispute concerning jurisdiction under Articles 3 to 7 of the EU Maintenance Regulation 2009 in which she was successful.

In the High Court (Chancery division) and the Court of Appeal (Chancery division) in 2014 as part of a wider team instructed by Withers LLP and led by John Wardell QC of Wilberforce Chambers and Elizabeth Weaver of XXIV Old buildings in a matter concerning sham trusts and injunctions.

AI v MT [2013] EWHC 100 (High Court) where the High Court gave effect to an agreement (both finances and children) reached following a non-binding arbitration in the New York Beth Din (whilst at Manches LLP prior to joining chambers, reported after Lily joined chambers).

El Gamal v El Maktoum [2011] (High Court) EWHC B27 concerning the recognition of an Islamic marriage (marriage/non-marriage) (whilst at Manches LLP prior to joining chambers).

Author of chapter on declarations of marital status in the current edition of Rayden & Jackson on Divorce and Family Matters.

Co-author of the chapter on the recognition of overseas divorces in the current edition of Rayden & Jackson on Divorce and Family Matters.

Asaad v Kurter: The latest round in ‘non-marriage’ cases - is the tide turning?

In Chambers and Partners 2018, Lily is described as "on top of the law, on top of the detail, good on her feet and incredibly impressive for someone of her call”.

In its 2019 edition, she is said to be "very dynamic in her approach to cases and very personable with clients", her advocacy is described as “very precise” and she is considered to be “very tenacious” and someone who “isn’t frightened of anyone”.

The 2020 edition says she is “hard-working, presents well and is an effective advocate. She is knowledgeable and has a good way with clients” as well as being a “brilliant advocate” and “perfect judge of a case”.

The 2021 edition says is “quick on the uptake, numerate and has good client management skills, proving kind but firm” and that "she provides comprehensive, well-reasoned advice and insight into the French divorce processes."

The 2022 edition describes her as "a bright, determined, thorough cross-examiner who is well informed about the strengths and weaknesses of her case” who "gets on top of obscure areas of law quickly."

Lily is married with two children. She is a keen cook having spent time studying at the Cordon Bleu in London and enjoys all of the arts (ballet, opera, and visual arts).