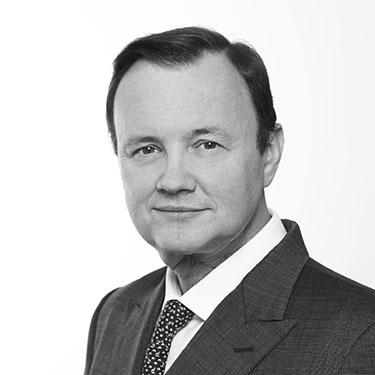 Extremely well-regarded financial practitioner who handles disputes relating to significant assets and trust structures following relationship breakdown. He has unique expertise in international cases, in particular those relating to the Cayman Islands and Hong Kong, where he has been called to the Bar. Todd is at home with some of the most technical legal issues in the area. Strengths: "Always effective even in the face of the most aggressive opponents." "He displays impressive judgement and has an uncanny ability to see the solution." "Richard is a go-to silk for high net worth contested applications." ‘Has an instant and encyclopaedic knowledge of the law, which he deploys with the utmost skill, and often takes on the most difficult of cases with spectacular results. He is instructed by all the magic circle firms and also maintains a premier practice in Hong Kong.’’

Richard is “Star”-ranked in the Chambers & Partners Guide (for England & Wales, for China Asia-Pacific and for Global). He has been in the Star Category for each of the past 8 years. There are just three Silks in that category. For the Legal 500 he is in the highest category; Tier 1 and has been for each of the last nine years. He is also one of the three top Silks for China Asia-Pacific. He is also Top-Ranked by Doyles’ Australasia Guide. Nobody at the Bar is ranked higher than Richard.

Richard also enjoys the unique distinction of having twice been made Chambers and Partners’ Family Law Silk of the Year. He won this in 2010 / 11 and again in 2013 / 14. He has been nominated for The Lawyer’s overall barrister of the year on three occasions. (2014 (third), 2012 (when he lost out in the final cut to Robert Jay QC (counsel to the Leveson Enquiry) and 2011 (missing out to Jonathan Sumption QC then Justice Sumption of the Supreme Court)).

He is a Deputy High Court judge and a Recorder. Judicially he undertakes work in the Family Division and is also “ticketed” for Chancery and QBD work. work.

He is called to the Bars of England & Wales and Hong Kong (where he practises out of Temple Chambers, Hong Kong). He has also been called (ad hoc) to the Bar of the Cayman Islands, the BVIs and the Bahamas

He has extensively lectured on Big Money Cases, Entitlements Arguments, trust arrangements in Family Law and Nuptial Contracts (both ante and post-nuptial)

Has extensively given expert evidence as to English law. Including to the jurisdictions of Australia, Belgium, the Cayman Islands, the Channel Islands, Cyprus, Gibraltar, India, New Zealand, South Africa, Spain and the USA.

Like all the most successful members of the Bar, Richard has a considerable international practice. In addition to being called to the English Bar, he is a full member of the Hong Kong bar and maintains a seat in Temple Chambers, Hong Kong (His secretary there is Scarlett Chow). He is also called ad hoc to the Bar of the Cayman Islands. Richard’s diary is administered centrally whilst the easy availability of flights, video conferencing, emails and so on, means that like so many other international practitioners he is easily able to maintain a highly effective practice internationally.

Since 1989 Richard has been the co-author of “Practical Matrimonial Precedents” (2 Volumes), Sweet & Maxwell. It is now in its 49th release (2016).
Richard also co-authored, “Essential Family Practice” (2 Volumes), Butterworths and “At Court”, FT Law & Tax. Richard is also an Editor of Jowitt’s Dictionary of English Law.

Together with his wife, Elisabeth (also a member of chambers) he is co-author of “Relationship Agreements” Sweet & Maxwell (2013).

He has also had published articles in Family Law, Family Matters, The Family Law Journal and The Lawyer. He has occasionally contributed to The Law Society’s Legal Network Television. In 2000 he was shortlisted (list of four) for UNICEF’s Lawyer of the Year for his work on the law relating to paternity disputes.

General Council of the Bar (elected Senior Barrister category 1998 – 2001). FLBA (Executive Committee 1998 – 2001). Prosecuting Counsel for the Bar Standards Board. Member of the Advisory Committee to the Law Commission (“Ante-Nuptial agreements” (2011) and “Separate Property Regimes and the General Review of Financial Remedy Applications” (2013)). He has been the annual guest lecturer at Cambridge University and at the Law Society’s Annual General Meeting.

Richard is a bencher of Middle Temple.

Chambers and Partners 2022 Star Individual "He's good at making the complex straightforward and coming up with the keys to unlock the case." "He's pragmatic, problem-solving and someone who looks for a focused solution." "Richard has an amazing intellect. He comes up with points and suggests strategies in a remarkable way."

Chambers and Partners 2018 "He is top of the tree, inspirational and instinctively brilliant. He knows the law backwards and is a beautiful draftsman." "Richard has an encyclopaedic knowledge of all the big cases, because he's been in a good number of them."

Both Chambers & Partners and the Legal 500 rank him in the top category of Family Silks. Richard is in the “Star” category for the current Chambers and Partners guide (a distinction enjoyed by only three barristers in this, the highest category).

Richard has also been described as the “star of the Family Bar” by the Legal 500.

Spears Wealth Magazine described him as “simply the best”.

Chambers & Partners UK: “Sources praise his command of the law”. “He’s a walking bank of knowledge”. “A Richard Todd pre-nup is as an essential part of the celebrity wedding as booking the Hello photographer”. “A man with a continuingly rising profile, he is exceptionally bright, user-friendly and a recognised expert on prenuptial agreements.” “He has in the last year been increasingly involved in cross-disciplinary and international work.” He “is lauded for his “robust approach and can-do attitude.” “Areas of focus for him include relationship-based financial disputes, many of which involve a trust angle and an international dimension.” “Sources point to his “wonderful Midas touch” and suggest that he is “ideal for a litigious case.”

Chambers & Partners East Asia places him as one of the top three practitioners in China – Hong Kong. “First-class on complex financial relief cases."

The Legal 500 described him as the “star of the Family Bar”, “Exceptional in every respect”; “Enormously talented and client focused. Recommended for high-value matrimonial finance cases. Solid. Immensely clever”. The full 2016 write-up for 1 Hare Court’s barristers reads:

“1 Hare Court is a ‘premier’ family law chambers, with ‘excellent strength and depth at all levels’. It is particularly strong in cases with an international dimension, especially those involving Asia, helped by the fact that Richard Todd QC is called to the Hong Kong Bar.” Of Richard specifically it says, “an original thinker and a dynamic barrister if there ever was one.”

“At the top of his game. Robust. With Encyclopaedic knowledge of Family and Trusts law.” Legal 500 China, Asia-Pacific 2021

Media Comment :
“Simply the best”, Spears Wealth Magazine.
“Fantastic” The Sunday Times (syndicating from The Tatler)
“A heavyweight Silk” The Lawyer
“One of the toughest legal names” The Evening Standard
“One of the three most influential people in my life” The Times
“Charming and devastatingly clever” The Observer
Richard was The Times Lawyer of the Week, 4 November 2010. (http://www.thetimes.co.uk/tto/law/article2792399.ece)

Richard was born in Gosport and then variously lived in Merseyside, Glasgow, London and Suffolk. He was educated at the Royal Hospital School (Greenwich Scholarship) and Trinity College, Oxford (Keasby Scholarship). He was the highest placed in the Oxford University examinations in Public International Law (Hugh Belott Prize-winner), second in Family Law and third in Land Law. He was also placed in the first class in Jurisprudence. He won the Astbury Scholarship at the Middle Temple and the Gottlieb Prize in Bar Finals. He was called to the Bar in July 1988. Richard passed the Hong Kong Barrister’s Qualifying Exam in 2012 (he was the only candidate to pass in that year and one of only five to ever pass that famously demanding exam). He is the only Family barrister to ever pass the Chancery Judge’s specialist exam (being one of 9 successful candidates out of 897 candidates).

Richard is 56. He is married to District Judge, Elisabeth Todd.  Richard and Elisabeth have four children, two boys and two girls (25, 23, 21 and 19).
Richard used to be a keen back-packer in which capacity he traversed India, USA/Canada, Australia, Malaysia, Nepal (Everest base camp), East Berlin-Brest Litovsk-Moscow-Lenningrad (as then was)-Helsinki-The North Cape-Oslo and completed the Cairo to Cape route. Four children and two very active dogs mean that he tends to stay at home now where his principal hobbies are dispute resolution and history especially the British civil wars 1638 – 1783 and modern (post-1880) conflict. He lists his hobbies in Who’s Who as “laws, wars and the Great Indoors”.