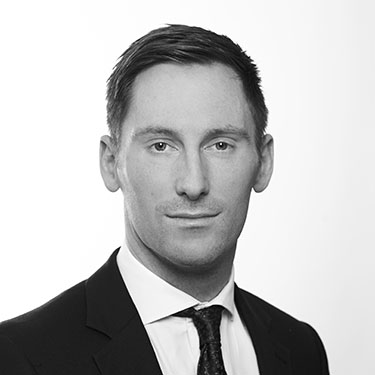 Has a strong matrimonial finance practice for one of his call and has represented parties at all levels up to the Court of Appeal. He has particular expertise in cases concerning the interplay between agreements to compromise and subsequent claims for financial relief, and is noted for having appeared in cases unled. "Tom is utterly brilliant for his level. His notes are fabulous, he has superb client skills, he is hard-working, and you can send him on a case where you know you've got a fierce opponent - even though he's young you just know he'll be fine." Appeared in Goyal v Goyal, successfully representing Mrs Ankita Goyal at two hearings before the Court of Appeal, focusing upon the court’s powers to distribute an overseas pension and the use of a ‘bolstering’ injunction against the husband.

Thomas is instructed across the full spectrum of matrimonial finance and private law children matters.

He has a particular interest in cases involving agreements between parties, having co-written the Rayden and Jackson chapter on agreements with Nicholas Cusworth QC.

Thomas is now building a broad family law practice with a particular emphasis on cases with an international element. He was instructed as junior counsel in Chai v Peng [2015] 2 FLR 412 and 424, a two-week trial in the High Court concerning issues estoppel, jurisdiction, and forum conveniens.

Thomas is a contributor to Rayden and Jackson.

Prior to coming to the Bar, Tom spent three years as a full-time athlete training out of the GB Rowing High Performance Centre at Leander Club, Henley-on-Thames. He can still, on occasion, be spotted paddling through Hammersmith Bridge with Thames RC.